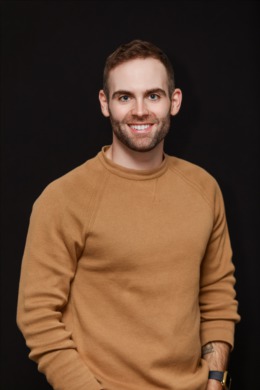 Colin is a Washington Native. He moved from the Emerald City of Seattle to Kansas and then back to the Emerald City, so you could say he is kind of like Dorothy in reverse. On his way back from Kansas to the Emerald City, he stopped off in Hollywood to go to University and to be a filmmaker. Eventually Colin moved back to Seattle, fell into real estate and then fell in love with real estate. Colin has worked on the operations side of a brokerage, as an agent and in the new construction space. In his recent role as the broker success manager with Every Door, Colin gets the opportunity to put his love of coaching and personal development into the realm of Real Estate. When he isn't coaching agents or working on real estate transactions, Colin can still be found performing theater on local stages, spending time with his wife and two kids, exercising, or participating in local community service.

View All Blog Posts
All listings featuring the icon

are provided courtesy of the Northwest Multiple Listing Service (NWMLS), Copyright 2023. All rights reserved. The database information herein is provided from and copyrighted by the Northwest Multiple Listing Service (NWMLS). NWMLS data may not be reproduced or redistributed and is only for people viewing this site. All information provided is deemed reliable but is not guaranteed and should be independently verified. The information contained in these listings has not been verified by Every Door Real Estate and should be verified by the buyer. All properties are subject to prior sale or withdrawal. All rights are reserved by copyright. Property locations as displayed on any map are best approximations only and exact locations should be independently verified.